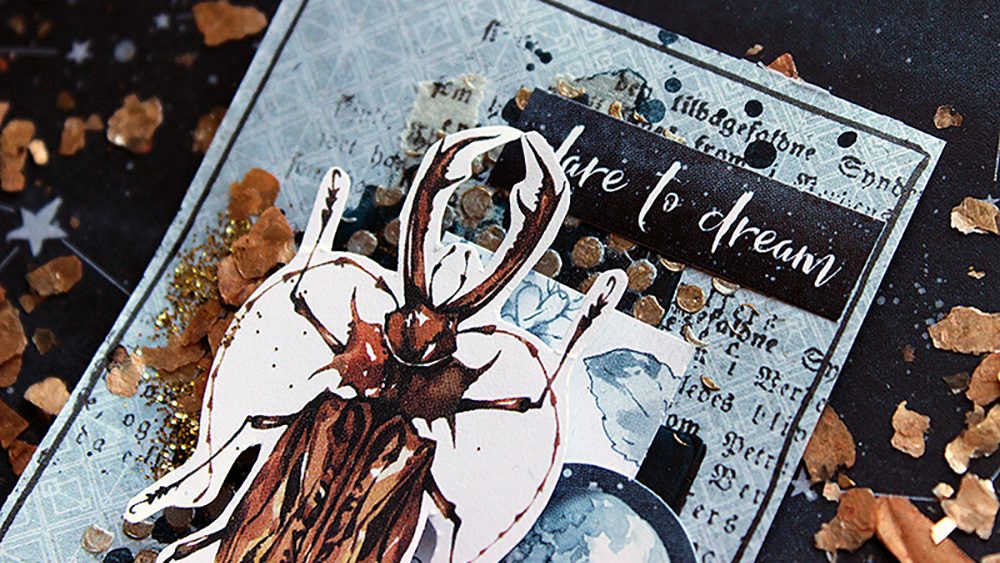 Heippa! It’s Riikka Guest Designer here with my second guest post! In the last project I used the delicate Awakening, but this time I went with the dramatic New Moon. Oh, such a gorgeous collection! If I had the possibility, I’d be a total night owl, so I find the star and moon patterns irresistible.

As a child I was captivated by ancient Egypt. Three icons got my attention especially – Anubis, the canine headed god, Bast, the cat headed goddess and the holy scarab beetle. As this collection shows the beetle, I knew I had to include that into my work somehow. I was thinking of a card or a layout, but in the end instead of just including it, I decided to make it the star. So, I made a set of six ATCs showcasing the beautiful creepy crawlies of the collection.

I’ve never feared the creepy crawlies and I’m the one in our family who always takes every creature outside. My daughters still talk about the day when I found an exhausted bee in our apartment and gave it some sugar water to revive it. So, making the beautiful beetles and insects the centers of attention seemed just appropriate. For the backgrounds I used the inky blue tones found in the collection. Even though the scarab beetle is pushing the sun across the sky in the tales of ancient Egypt, I paired him with the moon. But there’s a hint of the gleam of the sun in every card as well as I added some golden details. If you want to see how I made the cards, please see the video underneath! Thank you for stopping by today! Wishing you a splendid day! 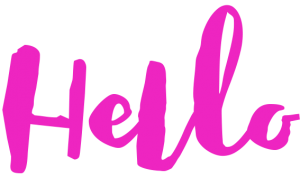